M'hamid l'Ancien, ksar nestled in the heart of its magnificent palm grove, is the last village in one of the world's largest palm groves, that of the Draa River, which then disappears under the sand of the Sahara; legendary place from which the great trans-Saharan caravans once set off towards Timbuktu and Gao for the camels trade.

Ali, a fine connoisseur of his region, has decided to fight to preserve life and hope in this traditional adobe ksar, to help protect its splendid environment and to enhance its heritage. But above all, it is a question of offering oasis people the opportunity to stay at home and live with dignity, to bring women out of their isolation,and to give children opportunities for personal development.

For all this he created the association "Espoir et partage Zaouite el Batha"; to which he allocates part of his professional benefits.

This association is closely linked to a French-Spanish association "les gazelles de M'Hamid".

A crowdfunding operation led by the latter made it possible to restore and develop a space that became the headquarters of the local association.

An official inauguration took place on January 12, 2019; it was a great success with reception for the local authorities, and acts of clowns and magicians for the children. Red Cross volunteers were also present to receive the inhabitants of the village. 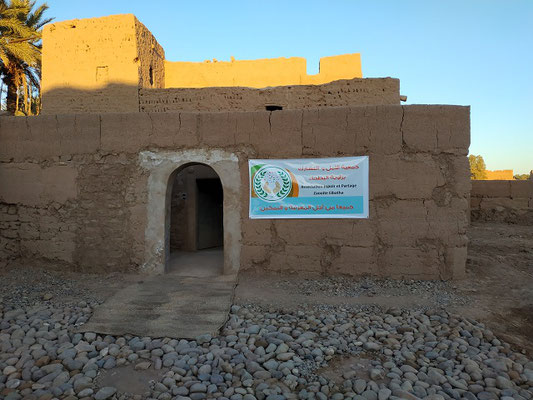 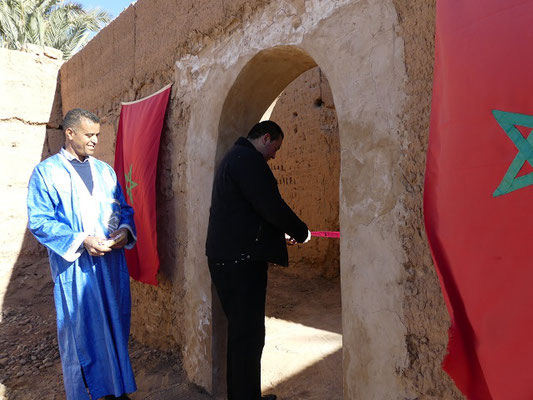 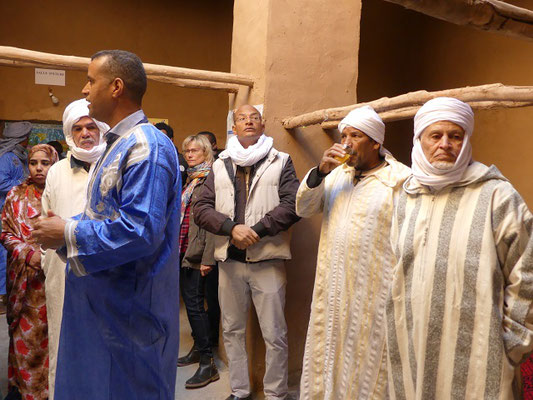 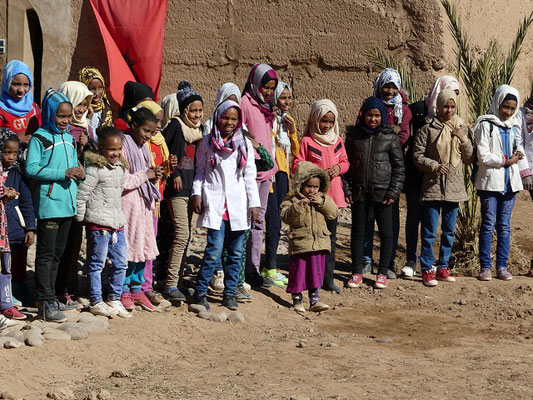 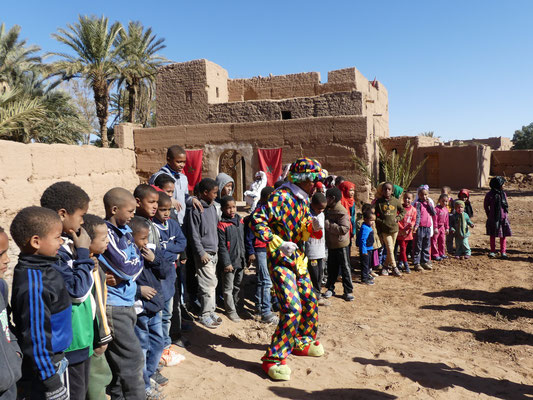 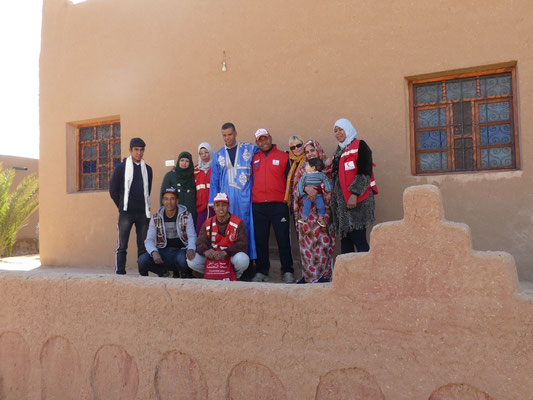 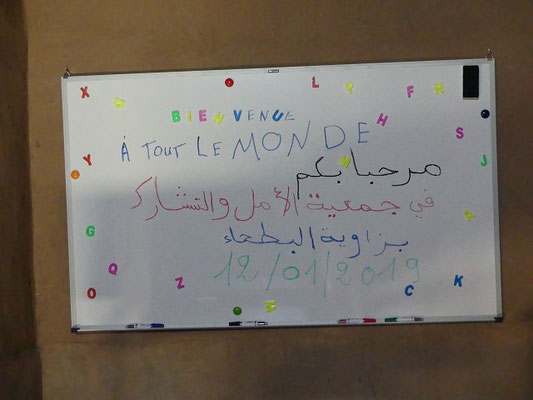 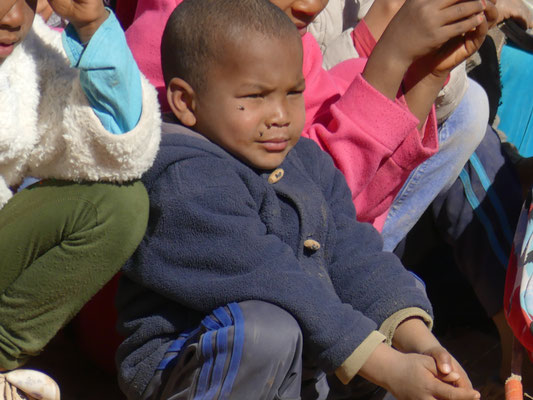 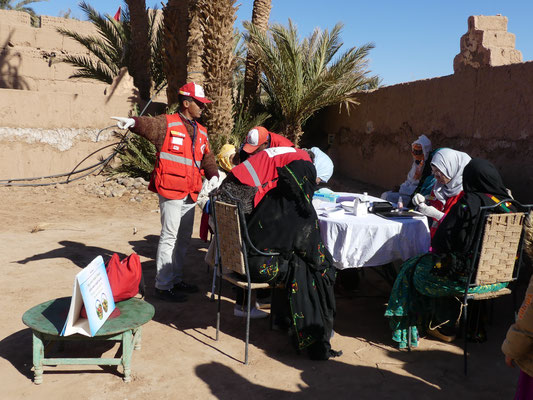 Ali's team has started up and about a hundred children are taking advantage of Lahjila's knowledge to help them with their homework but also to give them a space for leisure and games. We also have "great"; ambitions. . . to offer these children, who only know their small village, excursions, meetings, outings. . . .

The other objective of the association is to create an activity for interested village women. This will allow them to obtain much-needed income for families and also to meet people from outside, from Morocco or elsewhere, to transmit and share knowledge, and to break with the confinement that is so prevalent in these small villages.

We will start with traditional craftsmanship.

Some women from the village have been chosen to practice their ancestral art, carpet making, embroidery, palm leaf work on our premises. They will try to adapt their knowledge to the manufacture of original, unusual objects to create a product line specific to our association.

We have many other ideas, but of course this requires serious study if we want to create sustainable projects. And, in addtion, we must respect traditions, try to adapt them to a certain modernity, take into account the harsh reality of the living conditions of this region, with its extreme and remote climate. . . and a little forgotten by the major business centres.

But on the other hand, we also want to give travellers from all walks of life the opportunity to share a unique life experience, at the gateway to this magnificent desert that strikes you of the superfluous.

We would like to involve you in our project, financially if possible of course, but above all to encourage you to participate for a while in the activities of the association, to transmit knowledge or simply to exchange with oasis people, to get to know and respect each other.